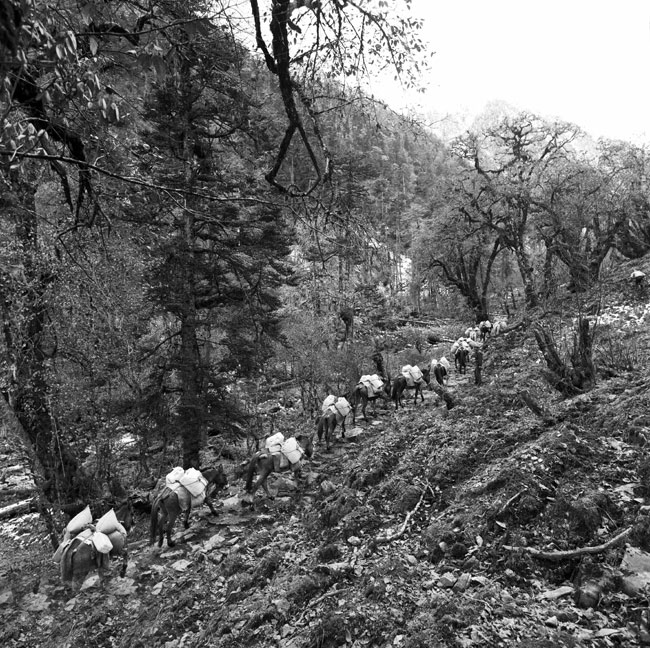 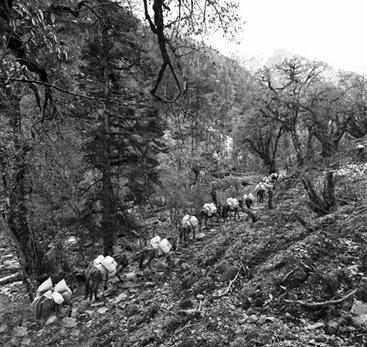 For thousands of years, there was an ancient road treaded by human feet and horse hoofs in the mountains of ​Southwest China, bridging the Chinese hinterland and the Qinghai-Tibet Plateau. Along the unpaved and often rugged road, tea, salt and sugar flowed into Tibet, while horses, cows, furs, musk and other local products came out. The ancient commercial passage, dubbed the “Ancient Tea-Horse Road”, first appeared during the Tang Dynasty (618-907), and lasted until the 1960s when Tibetan highways were constructed. Meanwhile, the road also promoted exchanges in culture, religion and ethnic migration, resembling the refulgence of the Silk Road.

​The road stretched across more than 4,000 kilometers mainly in Southwest China’s Sichuan and Yunnan provinces and the Tibetan Autonomous Region. Just as the Silk Road, the Ancient Tea-Horse Road disappeared with the dawn of modern civilization, but both routes have played very important roles in the development of China. Different Chinese ethnic cultures, such as the Dai, Yi, Han, Bai, Naxi and Tibetans, have met, fused and developed along the historic road.

The road ran across the Hengduan Mountains and the Qinghai-Tibet Plateau — an area of the most complicated geological conditions and most diversified organisms. Besides its cultural and historic value, the road was also highly appreciated by adventurers and scientists.

Tea and horses blazed the way
According to Tibetan classics, people of the Tibetan ethnic group in western Sichuan Province and northwestern Yunnan Province had access to famous types of tea from the Central Plains during theTang Dynasty. In the Song Dynasty (960-1279), people of Yunnan and Sichuan provinces exchanged tea for Tibetan horses.

On one hand, the effects of tea in promoting digestion and eliminating grease from eating too much meat lured many Tibetans. Not only the nobles, but also the general populace took delight in drinking tea. On the other hand, horses were also very important for the Han people. The result was the flourishing of the tea-horse trade.

Pu-erh tea is most favored by the Tibetan people. Since the butter tea made of Pu-erh tea is highly esteemed both in taste and color, it was named after its producing area — Pu-erh County in Yunnan Province, which is one of the cradles of China’s “tea culture”. During the Tang Dynasty, Pu-erh tea was grown in areas flanking the Lancang River. It was described as having a bitter taste at first, then sweet.

In order to preserve Pu-erh tea and to facilitate its trade with merchants travelling the Ancient Tea-Horse Road, a method was developed which led to the steaming of Pu-erh Tea and then compressing it into various shapes – usually a type of bowl shape or a “brick”. This type of tea is known as Tuocha Tea. The word Tuocha sometimes spelled “Tuo Cha”, or “Tuo Tea”, the meaning is block of tea. Tuocha Tea can also be known by different names such as “beeng cha” (or “bing cha” or “ping cha”), and “fang cha”. These names simply refer to the type of shape into which the Tuocha Tea is pressed – eg bing cha is “biscuit shaped” and fang cha is “square shaped”.During the World War II, when Myanmar fell into 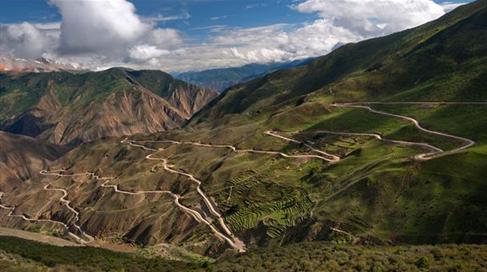 the hands of the Japanese, the Yunnan-Myanmar Highway — then China’s only international thoroughfare — was cut off. The Ancient Tea-Horse Road, extending from Lijiang in Yunnan, to Kangding in Xikang, and then to Tibet and even further into India, was revived and became a major trade route. With the opening of the Yunnan-Tibetan and Sichuan-Tibetan highways in the 1960s, the road declined. Some sections of the famous road, however, are still used for transportpurposes. Today, the road comes to the fore again with the development of tourism in Yunnan and Sichuan provinces, as well as in the Tibetan Autonomous Region.

The road passes through subtropical forests and picturesque lakes and turbulent rivers, such as Lancang, Nujiang, Minjiang and Yarlung Zangbo. Heading west from the Hengduan Mountains, one has to cross manypeaks — each towering 4,000-5,000 meters above sea level. But tea and horses have blazed a trail despite the challenges posed by mountains and forests. Roads devoted to the tea-horse trade linked ethnic groups living in areas near the roads, making them members of the great Chinese nation.

Six major routes A Chinese expert researching the Ancient Tea-Horse Road recently found a complete map of the road drawn more than 150 years ago by a French missionary. The map reveals that the road traversed a series of towering mountains, with rivers flowing in between from the south to the north. Roughly speaking, there were six main routes

Route One:
Begins in Xishuangbanna and Simao, home of Pu-erh tea via Kunming to other Province in China into Beijing.

Route Two: Begins in Pu-erh (via Simao, Jinhong, Menghai to Daluo) in Yunnan Province into Burma, then from Burma into Thailand, Singapore, Malaysia and Hongkong.

RouteThree: Begins in Pu-erh via Xiaguan, Lijiang, Zhongdian into Tibet, then from Lhasa into Nepal and India.

Route Four: Begins in Pu-erh via Jiangcheng in Yunnan into Vietman, then from Vietman into Tibet and Europe.

Route Five: Begins in Pu-erh via Simao, Lanchang, Menglian in Yunnan into Burma.

RouteSix: Begins in Pu-erh via Mengla in Yunnan into Burma. 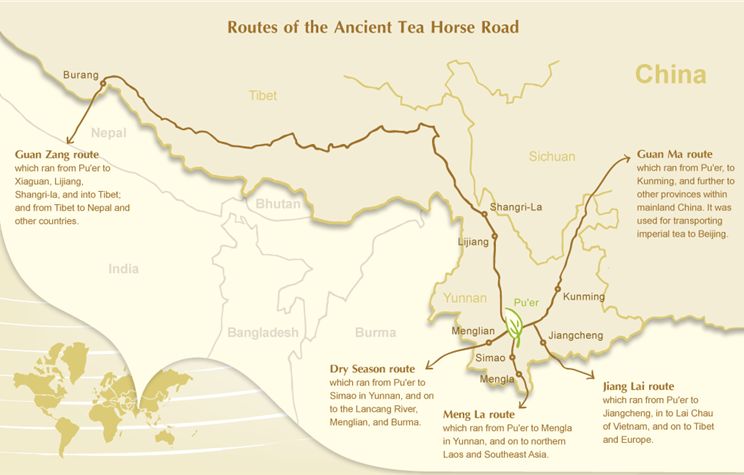 ​Tens of thousands of traveling horses and yaks created a definite path with their hoofs on the once-indiscernible road. Today, although even such traces of the ancient road are fading away, its cultural and historic values remain. 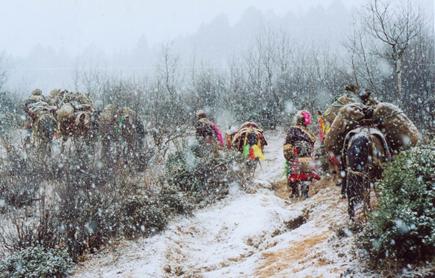 For thousands of years, there was an ancient road treaded
by human feet and horse hoofs in the mountains of
​Southwest China, bridging the Chinese hinterland and the
Qinghai-Tibet Plateau.